On a recent visit to Miami with my two granddaughters, ages nine and ten, I had an opportunity to take them to the Dade County Youth Fair, one of the largest annual events to take place in South Florida.

I felt fortunate that I was able to purchase admission tickets and two passes for unlimited rides from a community store which allowed us to avoid the long lines at the gate.  After I purchased the tickets, someone suggested that we might want to purchase an express pass that would help us avoid standing in the long lines that were sure to be the case for the most popular rides.

Not realizing the magnitude of the crowds that we would encounter, I decided against the purchase of the express passes.  When we finally arrived at the Youth Fair, two little girls could not contain their excitement and they were ready to jump on every ride that we came across.   Unfortunately, and however, the lines were unbelievably long.

After standing in line for approximately 25 minutes to board the first ride, I realized that something needed to change.  There were two separate entrances to each of the rides—one entrance for regular admission and the other for those who wore the express pass wrist bands.

There was no way I could see my granddaughters getting any enjoyment out of this experience if they had to spend most of their time standing in lines. So, I gave in and purchased three additional express passes.

As I observed the way my grandchildren paid no attention to the people standing in the long lines, I thought about white privilege and how it must feel to simply be able to flash a pass of whiteness.  I thought about how easy it is for those with privilege—white privilege—to simply step to the front of the line without having to acknowledge how long people of color have been standing in line waiting for our turn.  I reflected on what life must be like to never have to “see” us—African Americans (descendants of slaves in America) and Black, Indigenous, People of Color; to never have to feel the “wait” or the “weight” of not having access to “privilege” because the express pass of whiteness ensures unlimited access.

Throughout the evening, as I watched my granddaughters and their cousins jumping off their favorite rides and running back around to the “express lane” to re-enter, I pondered how I would find the words to explain to them that this experience is not how most of their life experiences will be.  The reality is that there is no express pass for people of color.

Throughout the evening, I delighted in their laughter.  And, yet I was saddened by their unawareness.  I pondered how their parents, grandparents, or community would support them when they find themselves face to face with the “wait” and the “weight” presented to them by a system where white privilege reigns supreme.   We—their community, their village—must continually affirm their worth, their value, and the strength that lies within their beautiful black skin because these are infinitely more powerful than anyone will ever be able to measure and so powerful that no one will be able to limit them.

The impact of finally being able to put in perspective the numbing response to inequities that African Americans and BIPOC people face every day is sobering.  Had it not been for my exposure to and lived experience with the NOISE Project (www.noiseproject.org), I do not know that my understanding of justice, equity, diversity, and inclusion would have evolved to the point of my being able to name this experience.  In fact, my reaction likely would have been one of sad and disappointing acceptance that stems from a lifetime of co-existing with internalized white supremacy. The reality that my granddaughters, other people who look like us, and I continue to be denied the basic human right to justice, equity, diversity, and inclusion because of a dominant culture’s fear of addressing the elephant in the room (race and racism), of having to give up what was never theirs to hold (power and privilege), and of their fragility in facing these realities perpetuate a white supremacy culture that impedes a new co-created reality based on justice, equity, diversity, and inclusion.

Illustration on top by Jay Williams 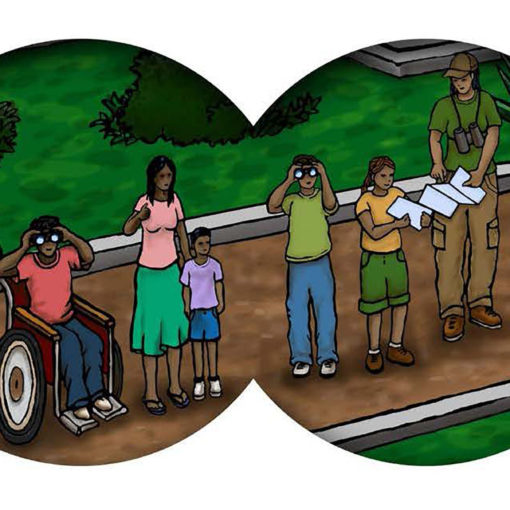 “Guide to Equity in Birdwatching” Reflections and Experiences, is a tool to invite you to reflect on issues such as equity, inclusion, […] 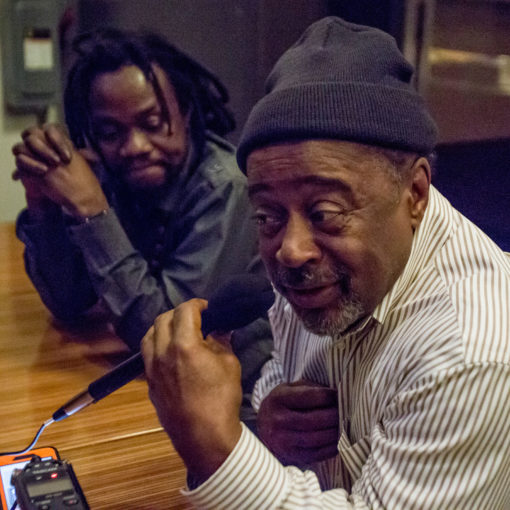